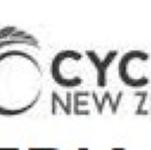 Cycling New Zealand’s status in world cycling has received a boost with the election of Tony Mitchell on to the Union Cycliste Internationale (UCI) Management Committee.

Mitchell, the chairman of Cycling New Zealand, becomes the first New Zealander to be voted onto the sport’s governing group, decided at the UCI Congress as part of the Road World Championships in Bergen, Norway.

The 15-strong management committee is responsible for guiding the sport globally for the next four years, and Mitchell joins a powerful group that includes the likes of Russian billionaire Igor Makarov and American entrepreneur Bob Stapleton, former owner of HTC-Highroad World Tour team.

“It is obviously an honour for Tony but especially recognition of New Zealand in the global sport of cycling,” said Cycling New Zealand CEO Andrew Matheson.

“We have been, and continue to be, a major contributor in the sport, and have definitely punched well above our weight on and off the bike over many years.

“It can only help our cause and open opportunities to have a voice at the highest level in the management of the sport.”

Mitchell, who took over as chairman of the Cycling New Zealand Board recently, is a keen cyclist across all disciplines and has raced in New Zealand and Europe as well as founder of the UK-based club and racing team Zappi’s.

In business, Mitchell has a background in business management, sales and marketing, both in New Zealand and UK, and has had leadership roles with companies including Datamine, NZ Institute of Chartered Accountants, Nielsen, Heinz-Watters and Nestlé.

"It is a privilege to have the opportunity to serve on the UCI Management Committee. I am looking forward to working with the new UCI President on the progressive agenda outline for global cycling for the next four years. I also see the opportunity to drive positive outcomes for Oceania and Cycling New Zealand,” said Tony Mitchell, who is also Vice-President of the Oceania Cycling Confederation.

The UCI Congress elected Frenchman David Lappartient as President of the UCI after securing 37 votes to 8 against incumbent Brian Cookson.
TRIATHLON