Kiwis in the hunt at Korean World Cup 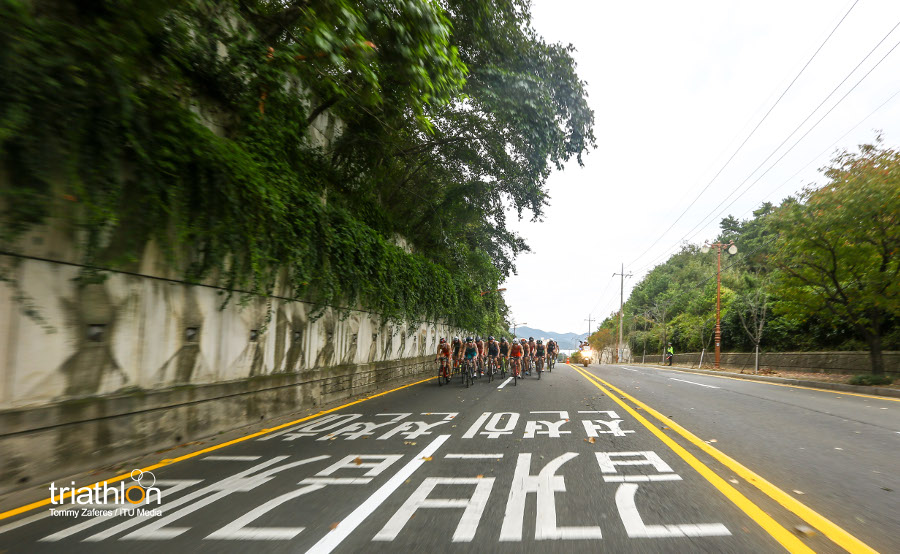 Kiwis Rebecca Spence and Nicole Van Der Kaay were fourth and sixth respectively in the women's race. In the men's, Sam Ward was fourth and Daniel Hoy was eigth.

The cool conditions on what has become a classic World Cup circuit clearly suited a thrilled Raphael, who was patient in the thick of a huge pack for much of the race before pulling away for a memorable final flourish.

In the women’s race earlier in the day, USA’s Summer Cook was once again able to produce a late surge to pip the tenacious Ai Ueda – one of five Japanese athletes to finish in the top fifteen - into second in a near carbon-copy of their 2016 finish. Martin Van Riel and Claire Michel both bagged bronze medals for Belgium.

The Tongyeong fishing boats hadn’t long set sail before the women launched themselves into the flat waters off Korea’s southern coast, and it was Summer Cook who led for most of the one-lap, 750-metre swim. The American was able to make the most of the traffic-free conditions to establish herself at the head of a lead pack that included compatriot Taylor Spivey, Hungary’s Zsanett Bragmayer, Korea’s Yun-Jung Jang and Japan’s Yuko Takahashi.

Cook and Bragmeyer then both dropped off the pace through the transition and onto the bikes, where Ai Ueda once again took control of an 18-strong group, helped by the close presence of teammates Yuko Takahashi, Fuka Sega and Juri Ide.

It didn’t take long for Cook to work her way back into contention, however, while the New Zealand team was also well-placed with Rebecca Spence and Elise Salt tucking in behind Nicole Van Der Kaay.

Another efficient transition off the bikes saw Ueda able to settle into her stride first, but Cook and Belgium’s Claire Michel looked to apply the pressure as they broke away from the rest of the field. Three soon became two as Cook settled into her rhythm, Ueda clearly determined not to allow her to get away as she did here 12 months ago.

This time around, Ueda was still matching her rival by the time they reached the peak of the hill, but it proved to be on the downhill that Cook carved out an advantage, her longer stride eating up the final few hundred metres to ensure a second World Cup gold of the 2017 season.

For Ueda, a first podium since Cape Town in February will be a huge confidence boost going into the Miyazaki World Cup race on home turf next weekend, while third-placed Claire Michel was delighted with her first podium of the year. 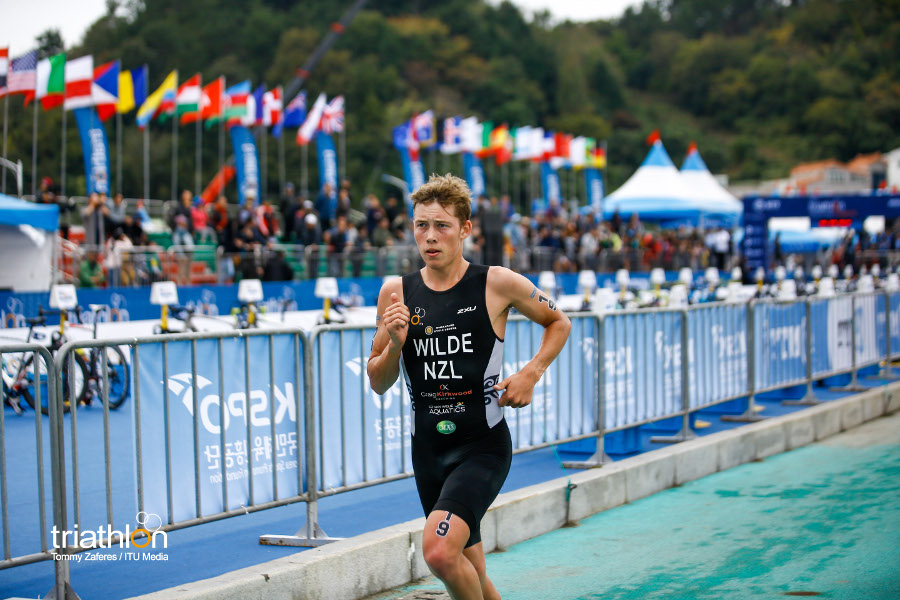 The same beautiful conditions on Tongyeong Harbour greeted the male athletes onto the pontoon ahead of their swim, the calm waters and overcast skies a far cry from the heat of Sarasota a few weeks ago. Coming out of the water one lap and 750m later, there was little choose between the first three, but it was New Zealand’s Taylor Reid who was able to hold the inside line at the fifth and final buoy to emerge first into the transition.

Aurelien Raphael looked equally comfortable as he mounted his bike in second, pursued by home favourite Jae Yun Won, Germany’s Max Schwetz and Belgian Martin Van Riel, and it quickly became apparent that the race was wide open with three laps on the bikes to settle the field.

Indeed, the lead changed hands frequently on the first lap of the cycle, Austrian top-seed Andreas Schilling, Van Riel and Schwetz taking turns to head up the five-strong leading cluster while the likes of Spain’s 2016 winner here Uxio Abuin Ares, USA’s Eric Lagerstrom and Mexico’s in-form Rodrigo Gonzalez were looking well-positioned in the thick of a much bigger group 15 seconds behind.

The gap between the packs was then cut down to just five seconds halfway through the second and final lap, and by the time the athletes came out of the second transition, there was little to call between over half the field. Italy’s Gregory Barnaby was first out to the run course, Raphael and Van Riel on his shoulders, while an excellent ride from Korea’s Min Ho Heo saw him away in fourth to the delight of the crowd.

By the time the runners came off the hill at the end of the first lap, it was another Italian, Massimo del Ponti, who had assumed the lead role in a huge pack that now also included Azerbaijan’s Rotislav Pevtsov. The Azeri found a way into his preferred spot in touch with Raphael, now the leader of a four-strong group starting to stretch away with just over half a lap to go, and then the two kicked on, Raphael opening up a gap off the hill but only just leaving enough in reserve to hold off the threat of Pevtsov, for whom time and track just ran out once again.
TRIATHLON